A 23m high monumental sculpture has been unveiled in Cuningar Loop that, its creator says, will symbolise people’s desire for COP26 to lead meaningful action on climate change.

The launch event included musical performances from local school groups, including Larkhall Academy Pipes and Drums and Biggar High School and Hamilton Grammar School Vocal Ensembles, as well as live readings from award-winning Scottish poets, writers, and local school children, all of whose words of hope are inscribed on the sculptures.

Clyde Gateway’s executive director, Martin McKay, said: “The children can all be very proud of their competition entries.  Congratulations to Luca Miller of St Columbkille’s Primary School and Fraser Kirkwood of Burnside Primary for reading out their brilliant winning poems. Their words and the Hope Sculpture will inspire all our pupils to help build a greener, healthier future for everyone in South Lanarkshire and around the world.” 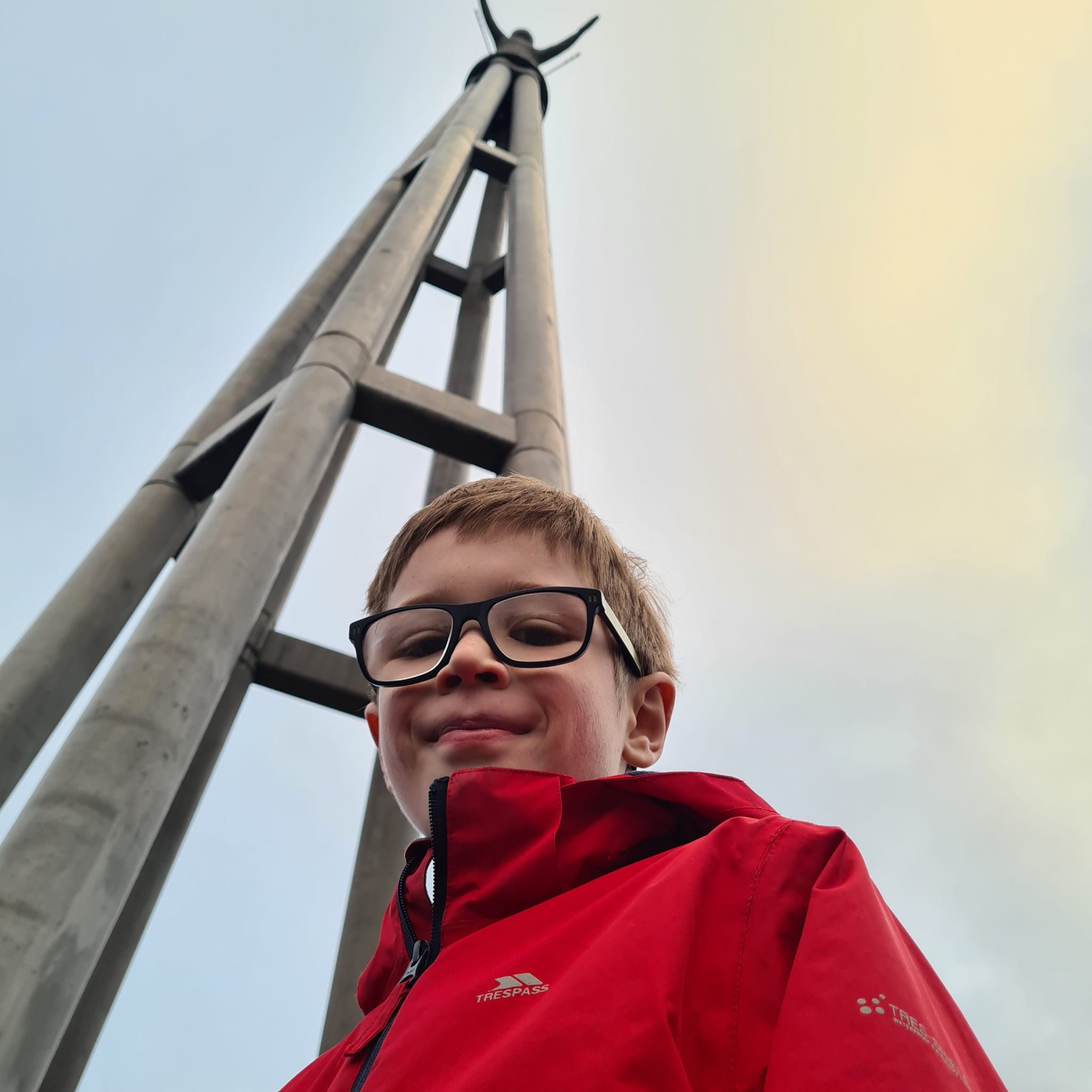 Steuart Padwick, the artist and designer, whose previous work has been exhibited in London, New York and Shanghai, wants his Hope Sculpture to help remind people that by taking better care of our environment we take better care of our own and our community’s mental well-being.  Previous notable work is the Head Above Water, which was first shown on London’s South Bank.

Padwick has based the design of the 20m high columns on brick chimney stalks that were once commonplace in the city’s east end and are made from a low carbon 100% cement free concrete – a UK first. The child on top with its arms stretching out incorporates recycled glass aggregate.

Cllr John Ross, South Lanarkshire Council, said: “The Cuningar Loop Woodland Park is already one of the most idyllic parks in Greater Glasgow and the Hope Sculpture is a fantastic addition to the area.

“It is clear that a great deal of planning has gone into the sculpture’s installation and I am pleased that all of the surrounding lighting will be soft, low energy and respectful of the environment and of local wildlife.”

Steuart Padwick, artist and designer, said: “The Hope Sculpture started as a conversation with engineering consultancy Ramboll and became a gift from 50 companies to Glasgow and South Lanarkshire.

It is a testament to the power of collaboration and dedication to deliver a better future. I want the sculpture to be a beacon of hope and a reminder that we, as a society, do care.”